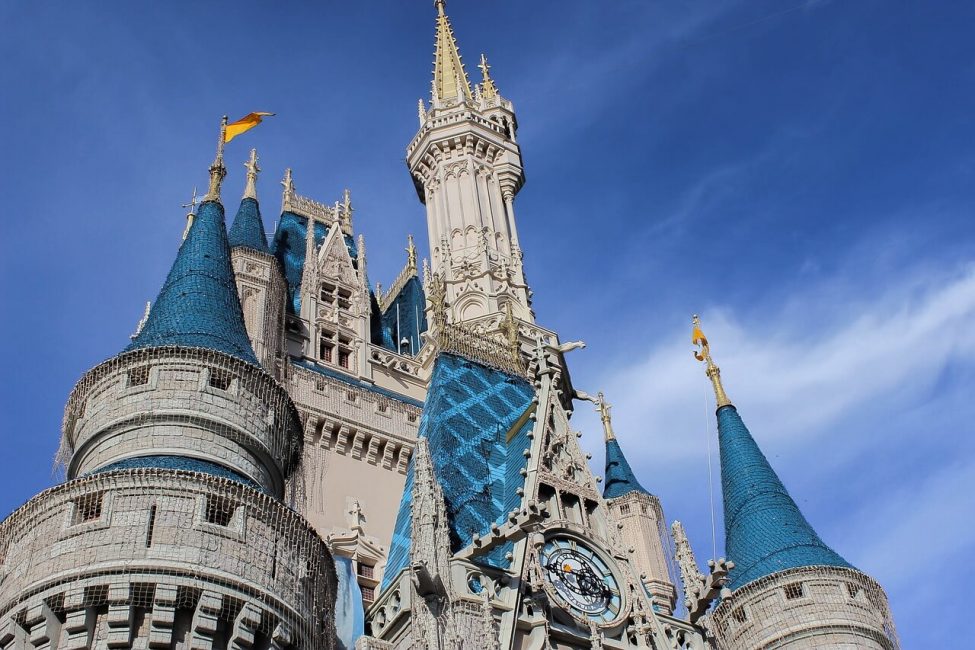 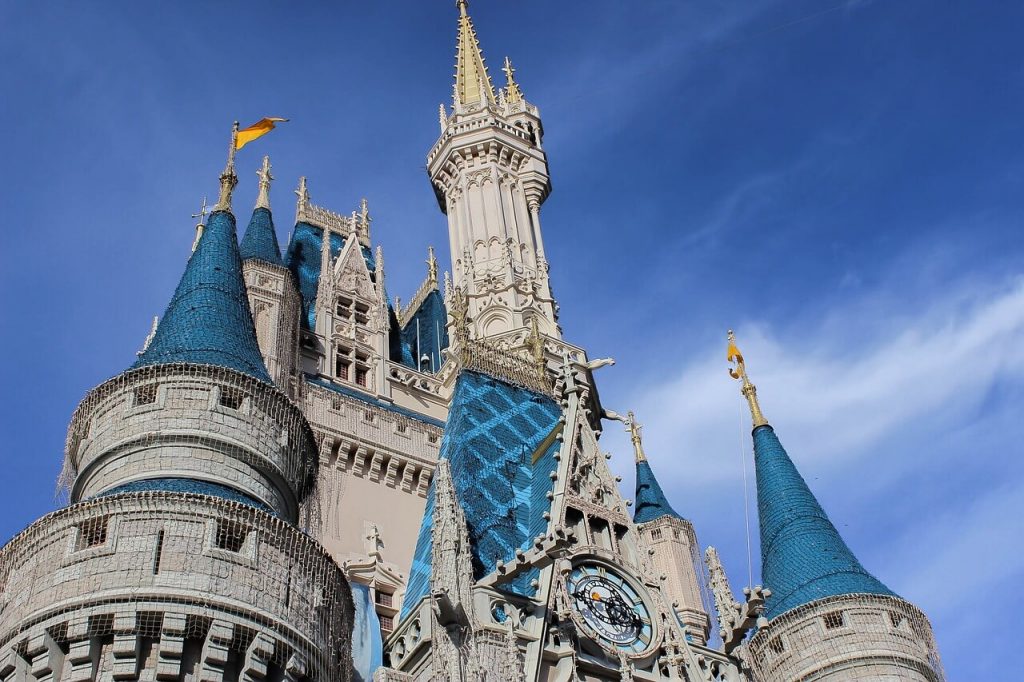 If you’ve been to the theme parks many times over you might be looking for ways to have new experiences at Walt Disney World. Backstage tours are a great way for DVC Members to try something new and different!

If you haven’t considered taking a tour before, I’d bet you will after reading this! 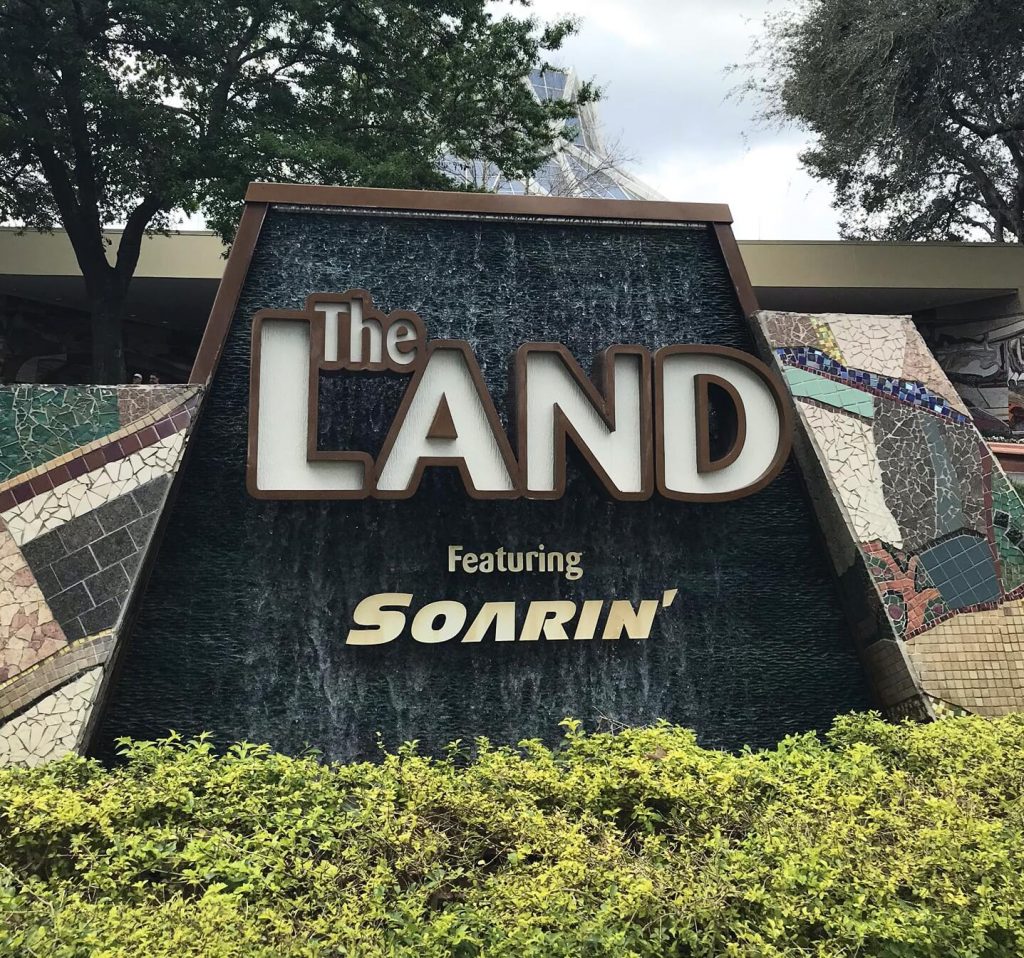 There are over thirty different “Backstage” (aka behind the scenes) tours offered at Walt Disney World. They range in price from $25 to $299, though eligible DVC Members are can receive a 15% discount on most of them!

Here is an overview of some of the most popular tours:

If the meeting location of the tour is inside the park, you can assume that admission to that park is required.

This is just a small sampling of the most popular tours, but there are many others to consider. Some tours are only offered during one of Epcot’s festivals (such as Food & Wine).

All tours can be booked by calling 407-WDW-TOUR. I suggest making a reservation for any tour. Reservations can be made up to 90 days in advance.

I’ll share links to more information on all the tours at Walt Disney World at the bottom of the post, but let’s talk discounts next!

As I mentioned above, eligible DVC Members can get a 15% discount on almost every tour offered at Walt Disney World. Discounts on tours are considered “Membership Extras”, so if you bought resale after April 4th, 2016 you would not qualify for the discounts.

Not to fear, there are several other ways to get a discount on tours! Annual Passholders and Chase Disney Visa cardholders also qualify for the 15% discounts on most tours. Premium and VIP tours (Such as the Sense of Africa tour) are excluded from the Disney Visa discount.

Here are some of the tour costs with the 15% discount:

Some of these tours don’t require park admission, so a tour is a great idea if you don’t already have a park ticket.

It’s always a good idea to confirm that the tour discount is still being offered before you make any plans. To make sure that you qualify for a tour discount, I suggest consulting these sites:

A Review of the Behind the Seeds Tour 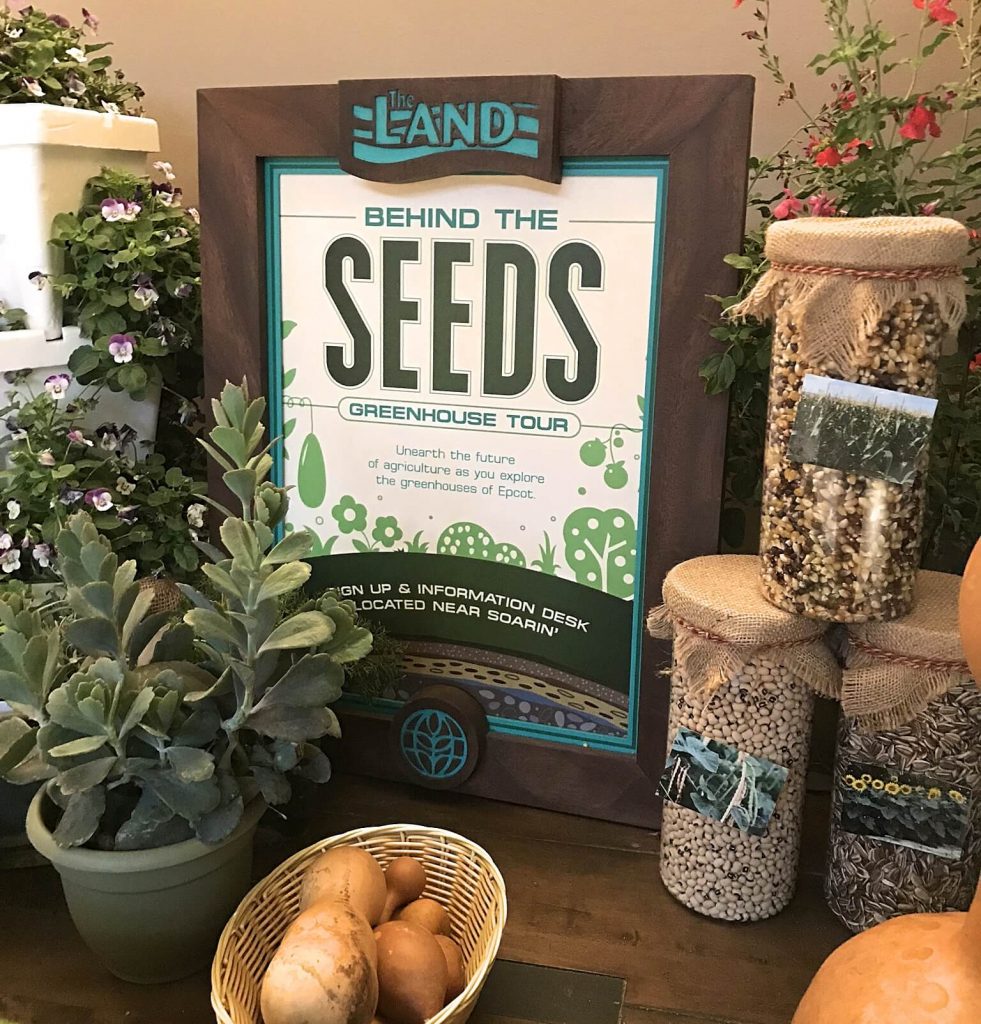 The get a feel for what to expect on a Disney World Backstage Tour, I took the Behind the Seeds Tour at Epcot last month.

It was easy to register for the tour by calling 407-WDW-TOUR. I paid for the tour with my Chase Disney Visa so with my 15% discount the price was $21.25. 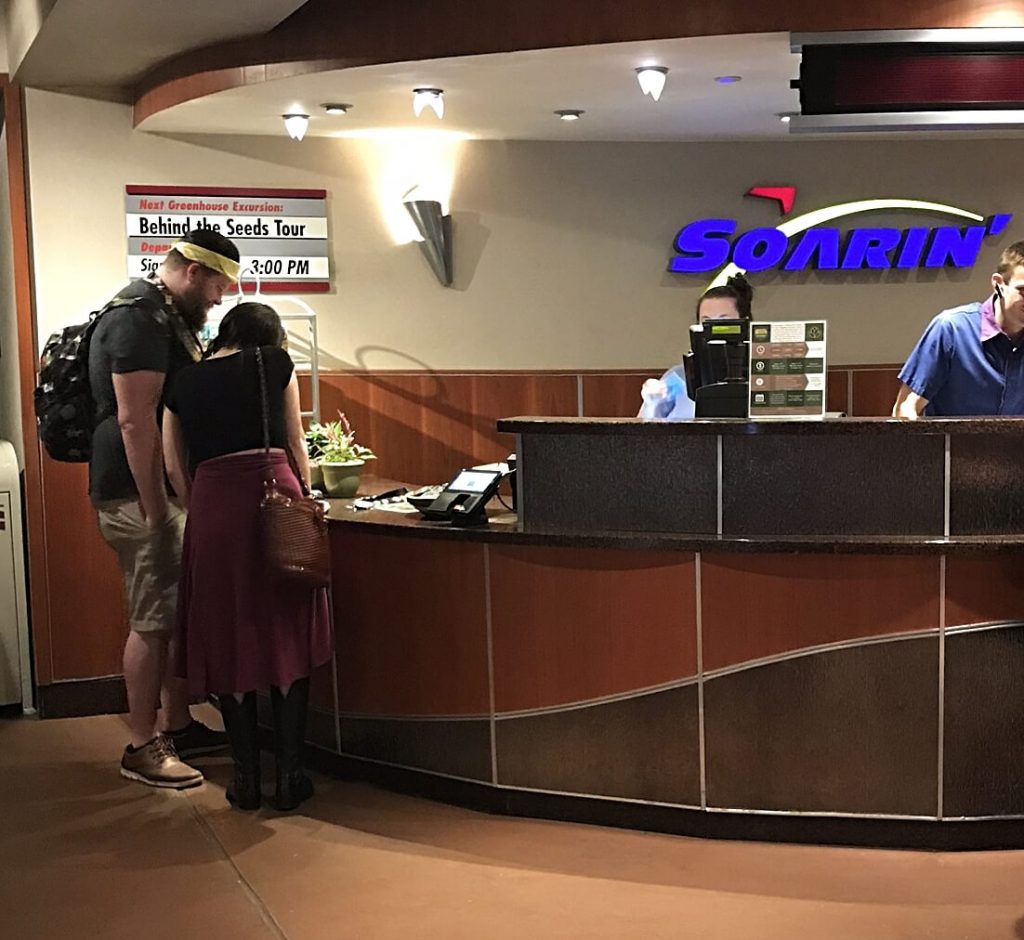 I checked in at the meeting place for the tour, the Soarin’ desk inside the Land pavilion, 15 minutes prior to the tour and was given a nametag. Our tour guide met our group of about eight people soon after and whisked us backstage to begin the tour! 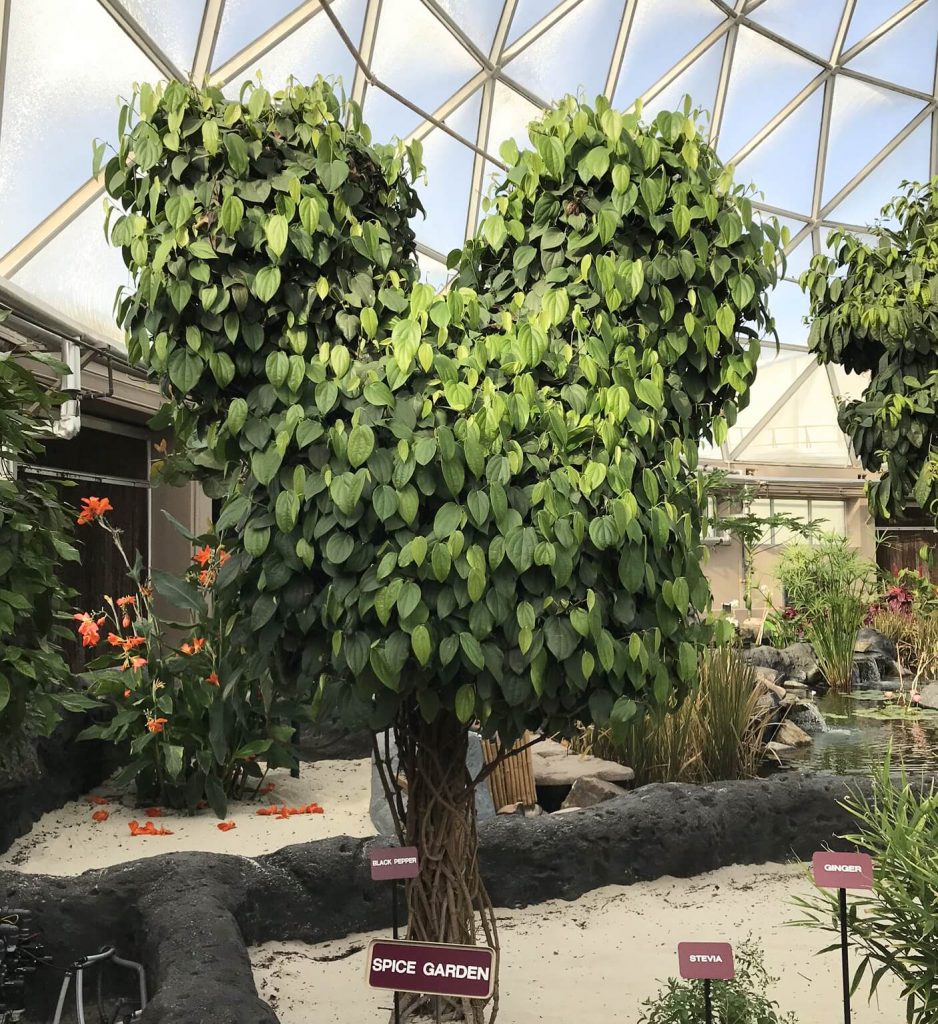 I have been fascinated with the greenhouses you see on the Living with the Land attraction since I was a kid, so getting to experience them backstage was a huge treat.

There were several hidden (and not-so-hidden) Mickeys throughout the backstage area, so you never forgot you were at Disney! 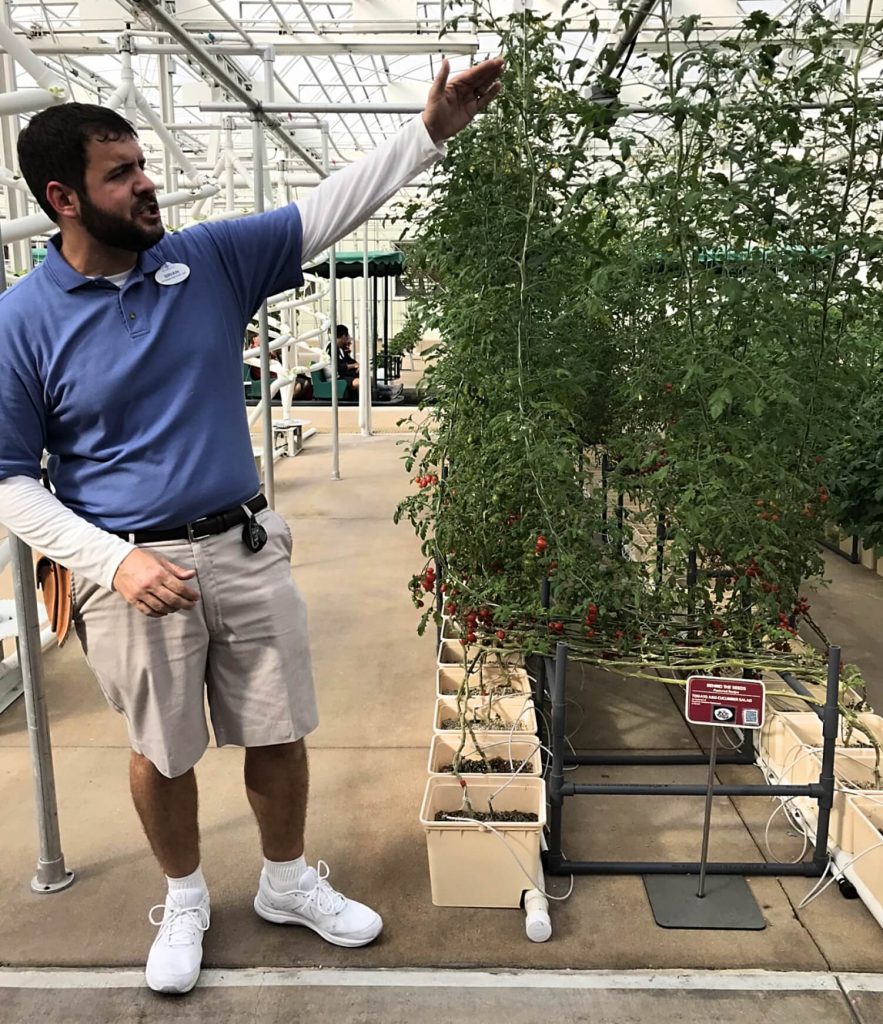 We visited four greenhouses and the fish farm during the tour while Brian explained some of the techniques used at the facility. I think anyone with an interest in the natural sciences or gardening would be fascinated with the content.

I was amazed at how much I learned in this 60-minute tour. I really appreciated the pace, which was brisk without feeling rushed. The time passed quickly and I was surprised when an hour had already passed. 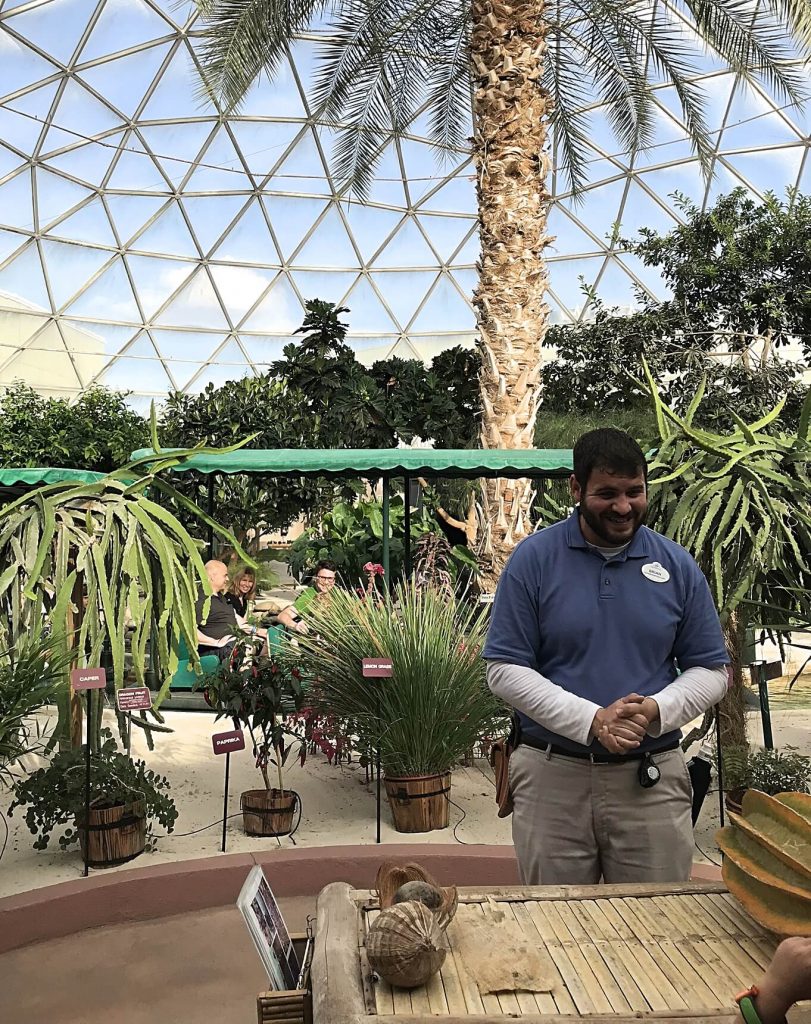 I also loved the sensory experience of the tour-  not only did we see and listen, but we also touched, smelled, and even tasted!

There were two little ones on our tour (roughly ages one and six) and they did great. I plan on taking my daughter when she is old enough to understand more of the science, maybe around age nine or ten.

Overall, I was blown away by the quality of this tour – I felt like it was worth at least double what I paid! If the Behind the Seeds is any indication, expect to get a great deal of education and entertainment on Disney World Backstage tours.

Here’s where you can get more information about the various tours offered at Walt Disney World:

I hope this post gave you a sense of the Backstage Tour offerings at Walt Disney World and enticed you to try one on your next trip! Have you ever taken a tour or do you have any questions about Disney World tours? Join the discussion on the ResalesDVC Facebook page! 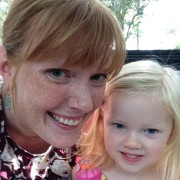