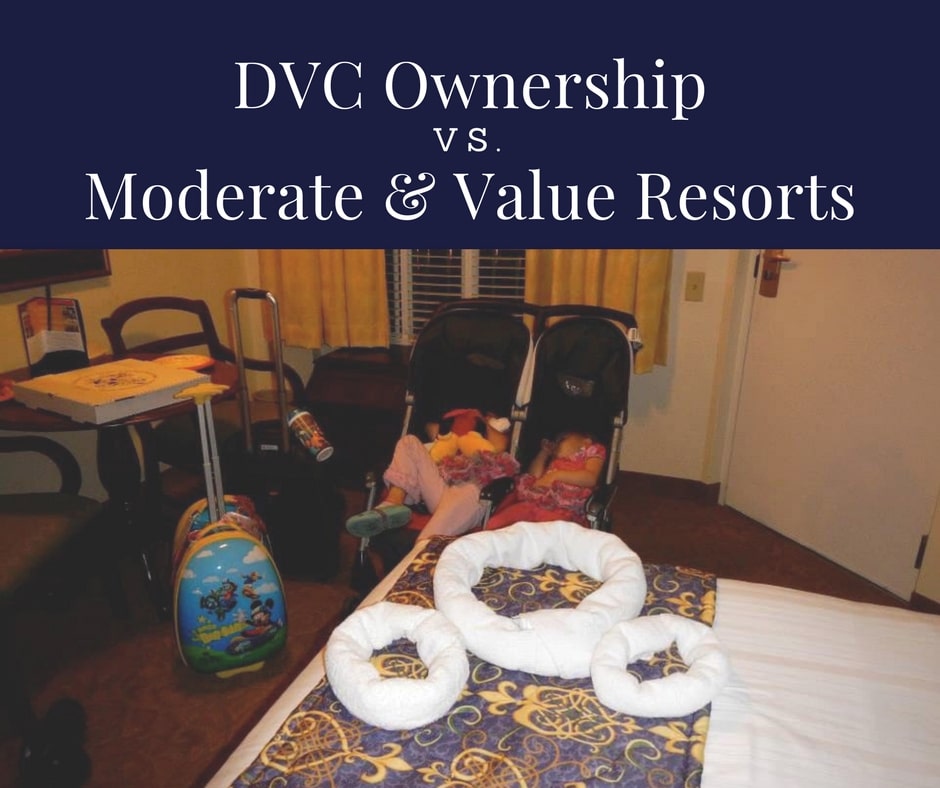 When Disney Vacation Club promotes its properties, it usually compares their amenities and level of quality to the Disney Deluxe Resorts, which is logical because many resorts, such as the Grand Floridian, serve as both.  Yet many families who regularly visit Walt Disney World choose to stay at Value or Moderate Resorts, so is a DVC property a good investment for those on a budget?

My husband and I were initially skeptical of the “you can save thousands of dollars with Disney Vacation Club compared to a Deluxe Resort” sales pitch that we heard at the various DVC kiosks throughout the Disney Parks.  During our first nine family vacations to WDW, we stayed at Moderate Resorts like Disney’s Caribbean Beach and Coronado Springs.  We never even considered taking our two small children to a Deluxe Resort because it did not seem cost effective.  Why, we wondered, should we pay more to buy into the Disney Vacation Club? 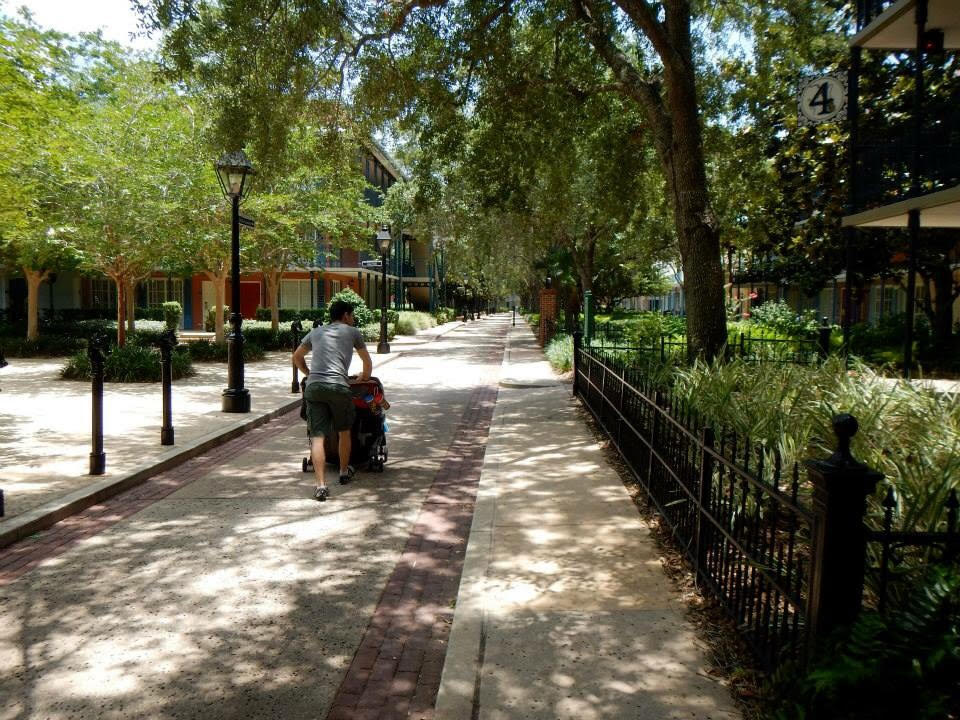 Then we discovered the DVC resale market, and suddenly owning DVC points became a possibility.  DVC studio rooms could easily hold our family of four, and they offered more amenities than our regular Moderate rooms.  We knew that we wanted a small amount of DVC points because we only wanted to spend approximately one week per year at Walt Disney World due to limited vacation time, so we started searching for listings of 50-100 points.  We also knew that we wanted one of the more reasonably priced resorts, so we focused on Old Key West, Animal Kingdom Villas, and Saratoga Springs.  Still, we worried about the price.

Once we finally started shopping around the internet for the perfect amount of DVC points at our desired property, we decided to do some math because we wanted to find out the approximate nightly cost of owning a DVC room.  (Note that this is not the same cost as renting a DVC room from a service like David’s Vacation Rentals.)

As an example of this cost breakdown, I’ll use a current listing as an example of our mathematical process: 90 points at Old Key West for $105 per point.  Once you include current dues and closing costs, this equates to just under $10,550 for the actual sale price.  The cost of ownership includes yearly dues, too, which will continue through 2042 at OKW; at the current rate of $6.72, the total dues for 90 points would equal $14,515 for the life of the membership.  (Of course the dues will increase each year, but I am going to assume that the increase will be equal to inflation and not use it as a factor because I’m not a math major).  This means that the total price of ownership, not including inflation, is $25,065.  Now, in order to figure out the cost per night, you should look at the point charts.  90 points at OKW can be used for eight nights in a studio during Adventure Season (with four points left over), four nights in a studio during Premier Season (with ten points left over), or a different number of nights during the seasons between these two extremes.  For ease, I’m going to say that 90 points will yield six nights in a studio in any given year, which equates to a total of 150 nights before membership expires in 2042.  The total price of $25,065 divided by the total of 150 nights makes each night cost only $167 per night in a DVC studio room at Old Key West. 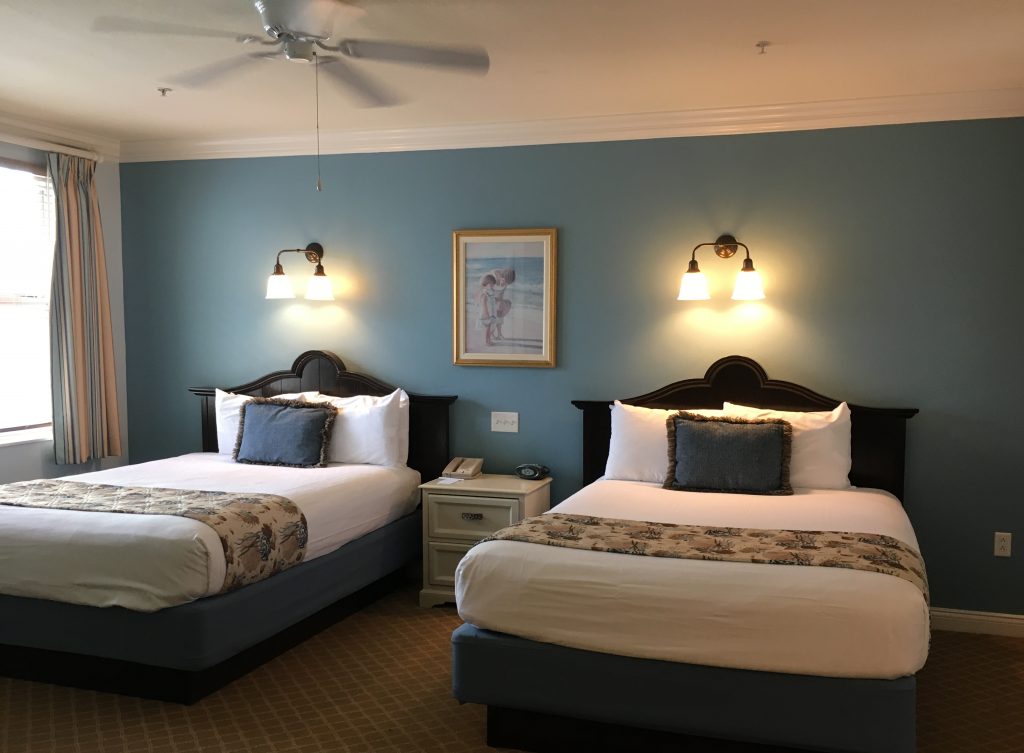 Now let’s compare this price to several Value and Moderate Resorts.  In order to determine the other resort costs, I chose the week of my daughter’s birthday: June 17 to 23, 2018 for six nights.  This would cost 89 DVC points for a studio at Old Key West, so it’s a fair comparison.  According to the Walt Disney World website, the cheapest resort (excluding campsites) for those dates is Disney’s All-Star Music, a Value Resort, for an average of $147 per night plus tax; with tax, it leaps up to almost exactly $167 per night.  (Full disclosure: this price was the “room only” rate and not part of a promotion, so it could theoretically be cheaper during a sale.)  Yes, that is the same price as owning a DVC property, but Value Resorts come with fewer amenities. 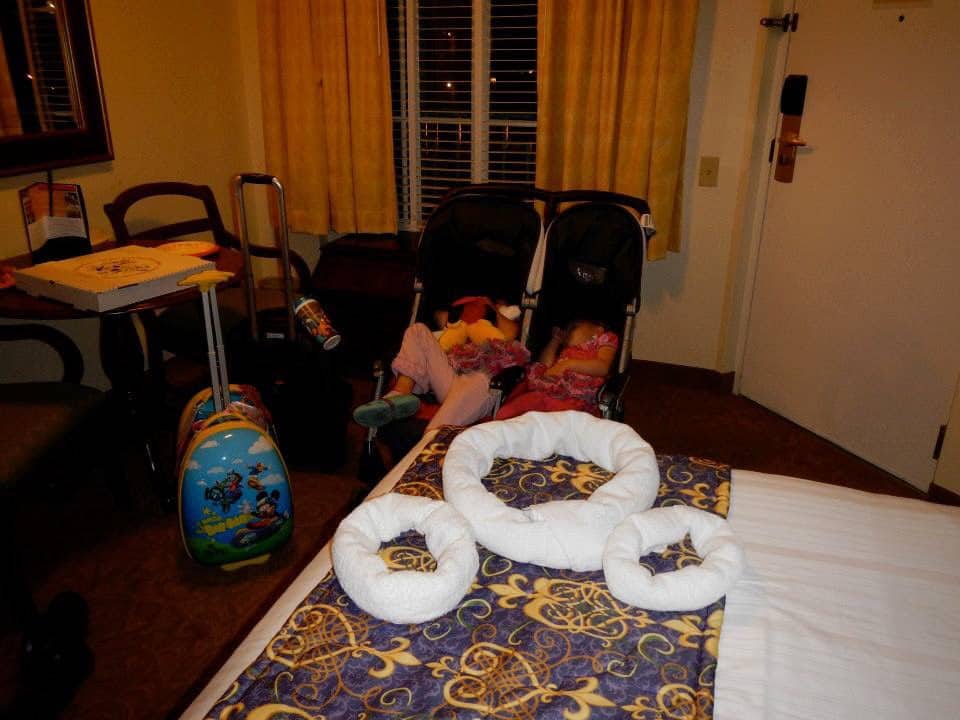 When my husband and I originally used this formula, we compared the price of a DVC resale to Moderate Resorts.  During this same week in June, the cheapest Moderate Resort is Disney’s Coronado Springs for $212 per night before tax, or approximately $239 with tax.  This is significantly more than buying a DVC property on the resale market, especially when you consider that other Moderates cost at least $50 more per night.

It must be remembered, too, that resort room rates go up every year at Walt Disney World.  When you buy Disney Vacation Club points, you are essentially locking in that rate until the membership expires.  Mathematically speaking, purchasing a DVC property on the resale market makes sense for families currently staying at any Disney Resort who plan to travel to Walt Disney World every year (or even every few years if you bank and borrow points).

How do DVC amenities compare to Value and Moderate Resorts?

I cannot compare DVC rooms to Value resorts from first-hand experience, but a quick internet search showed that the Value rooms are smaller (around 260 square feet with two double beds) and that the resorts themselves have fewer amenities (no waterslides, for example).  Before purchasing DVC points, my family stayed at all of the Moderate Resorts: Disney’s Caribbean Beach Resort, Disney’s Coronado Springs Resort, Disney’s Port Orleans Riverside, and our favorite, Disney’s Port Orleans French Quarter. 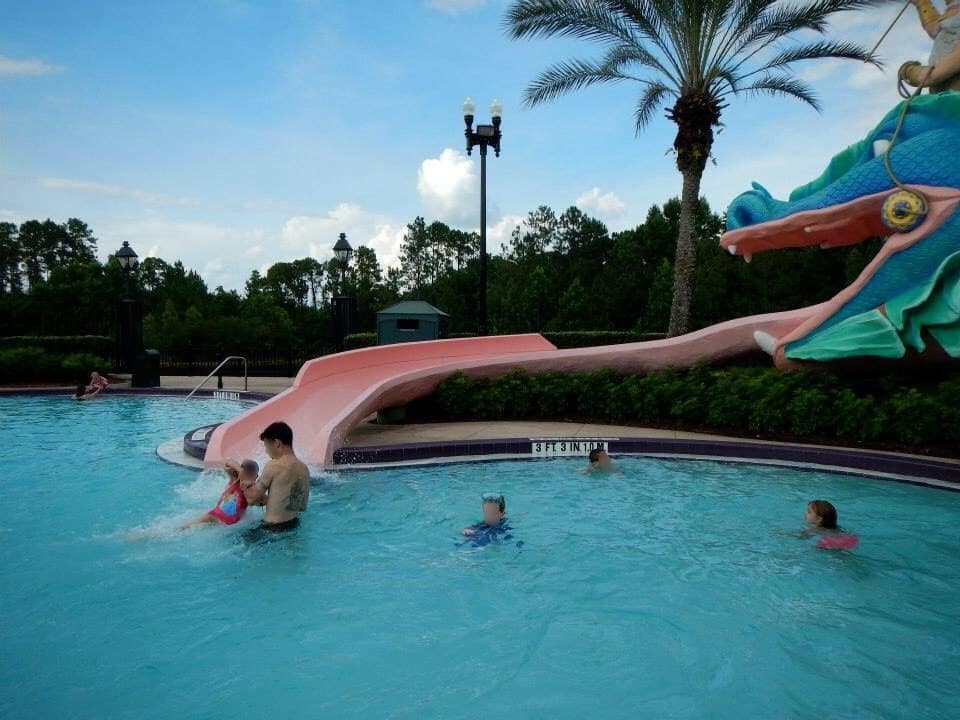 We loved the French Quarter because it is small and quiet with a New Orleans inspired food court and a large pool with a dragon-shaped waterslide.  Its rooms are 314 square feet with two queen beds, a table and two chairs, dresser, two vanity sinks, mini-fridge, and coffee maker (note that there is no microwave).  Old Key West studio rooms, by comparison, are larger with 376 square feet and two queen beds, a table and two chairs, a tall dresser with drawers, a balcony or patio, plus a kitchenette with a mini-fridge, coffee maker, microwave, and a full array of mugs and disposable plates and cutlery.  Even though OKW has a single bathroom sink, the second sink in the kitchenette makes up for that deficit.  In addition to a large, central pool and sandcastle-shaped waterslide, Old Key West has two restaurants and a Community Hall that offers crafts, video games, and other activities to DVC members.  Even though I initially swore that French Quarter was my favorite resort, I changed my mind after visiting Old Key West and now cannot imagine a Walt Disney World vacation without an area to prepare meals or a patio to sip coffee. 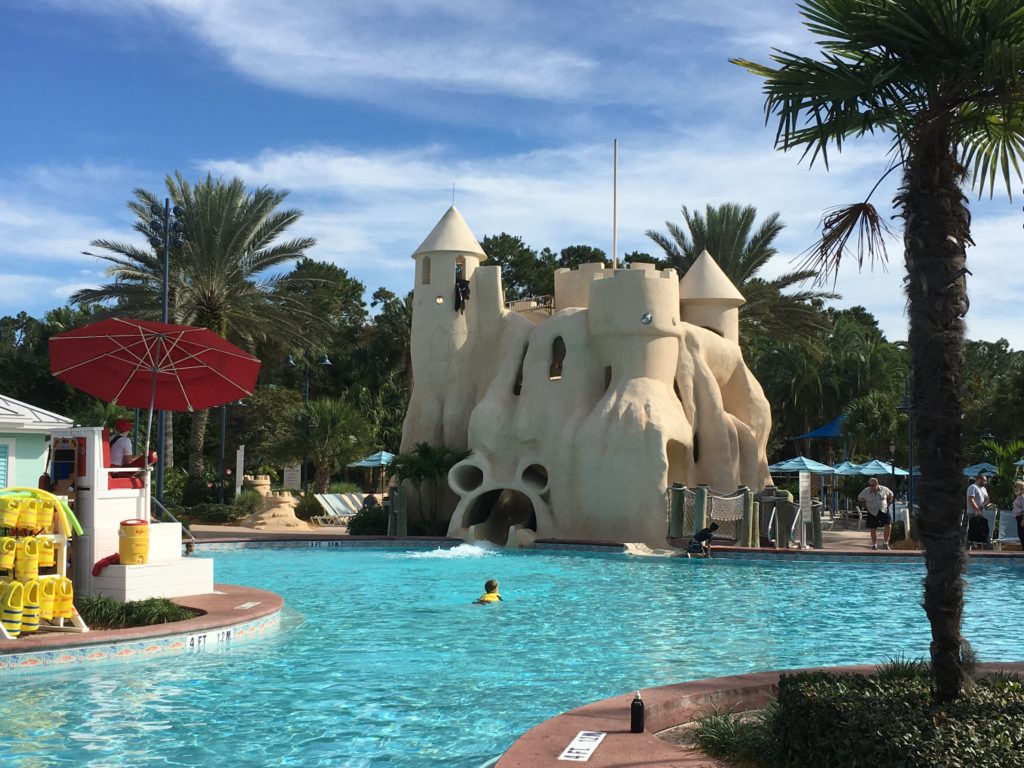 When my family compared the costs of purchasing a DVC membership from the resale market with the price of a Moderate Resort, as well as the size and features of a DVC studio room, we realized quite quickly that DVC was the right home for us.