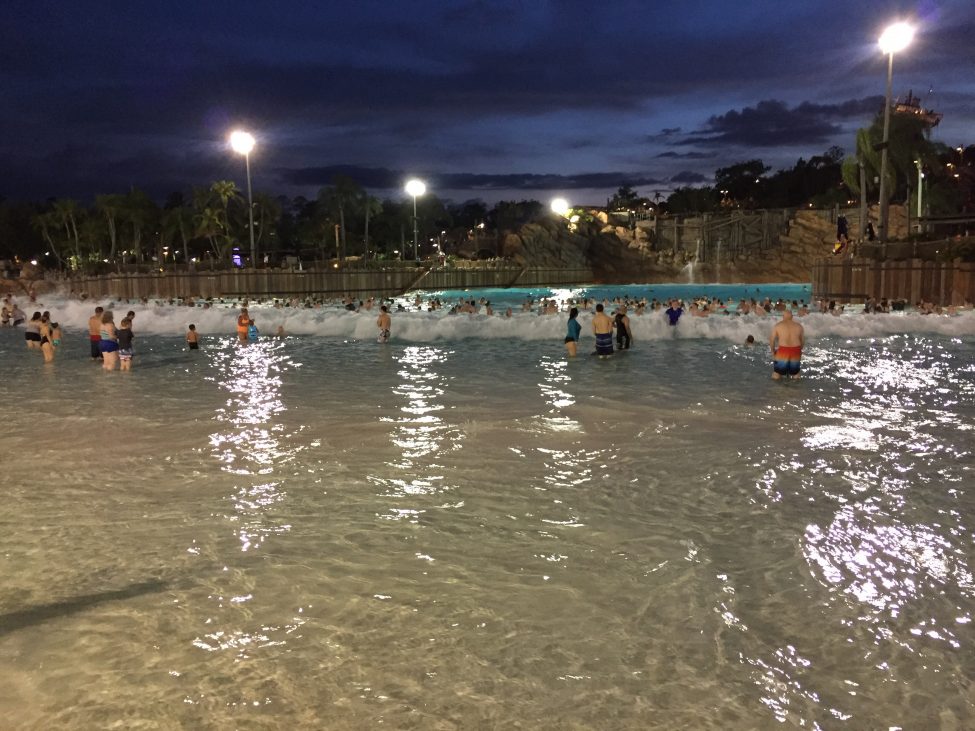 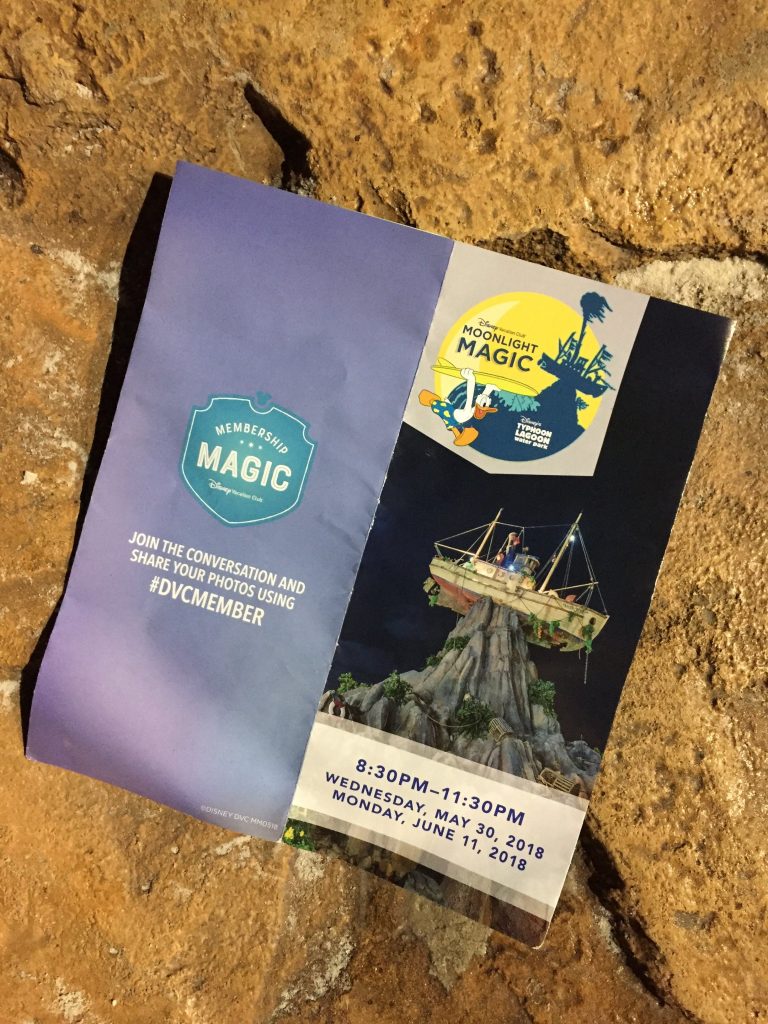 Being part of the DVC family has many perks: merchandise and dining discounts, deals on tickets and annual passes, and exclusive events commonly known as Membership Magic. The most recent event was Moonlight Magic at Typhoon Lagoon, and I was lucky enough to attend!

Moonlight Magic events are free to eligible DVC members and up to five guests. You do not need park tickets, and parking is also included, but you do have to preregister, and space is limited. Members will be asked to show their photo ID, a printout of their Moonlight Magic reservation, and a copy of their DVC card upon entry to the event. Remember that not all DVC members are eligible for these extras, so call DVC directly if you want to check your eligibility.

Actually being at Walt Disney World or Disneyland for one of the Membership Magic events is mostly luck. The schedules are released in the spring, so those who use their eleven-month booking window most likely already have their home resort reservations in place. I happened to have a trip planned in June that was one day short of the event at Typhoon Lagoon, so my family decided to spend an extra day at the Fort Wilderness Campground in order to participate in Moonlight Magic.

It is important to note that if you are an eligible DVC member and want to attend such an event, you do not have to stay at a DVC resort, but you do have to stay at a Walt Disney World Resort. It is slightly more convenient to stay at a DVC property because there are direct Mears shuttles that run from the DVC resorts to the Moonlight Magic location, but I have known people who have stayed at Value Resorts and still attended DVC events via taxi or in their own vehicle. In the case of this event, DVC members could also catch buses to Disney Springs from any resort and transfer to Typhoon Lagoon.

Once you have a resort reservation for the night of the event, carefully check the registration date and mark your calendar. Then set alarms on your laptop, cell phone, smartwatch, and any other device that will remind you to call DVC as soon as the registration system opens.

You will need to have your DVC number on hand when you call because they claim to be unable to retrieve it from their systems (my husband left his card at home when he called from work, so we exchanged some frantic texts). Keep your fingers crossed because actually signing up for the event is more stressful than registering for runDisney races. I talked to many DVC members who complained that the system kept crashing, even when they were on the phone with DVC representatives, and registration was full within 24 hours.

Note that even though DVC claims to give non-resort guests access after registration has been open for thirty days, it is impossible to actually attend the event if you are not staying at a Walt Disney World Resort because, as I said, it was full in a day. Of course, the Fort Wilderness Campground can accommodate up to ten guests per tent site, so that is an affordable and reasonable option for DVC members who live close to Orlando. 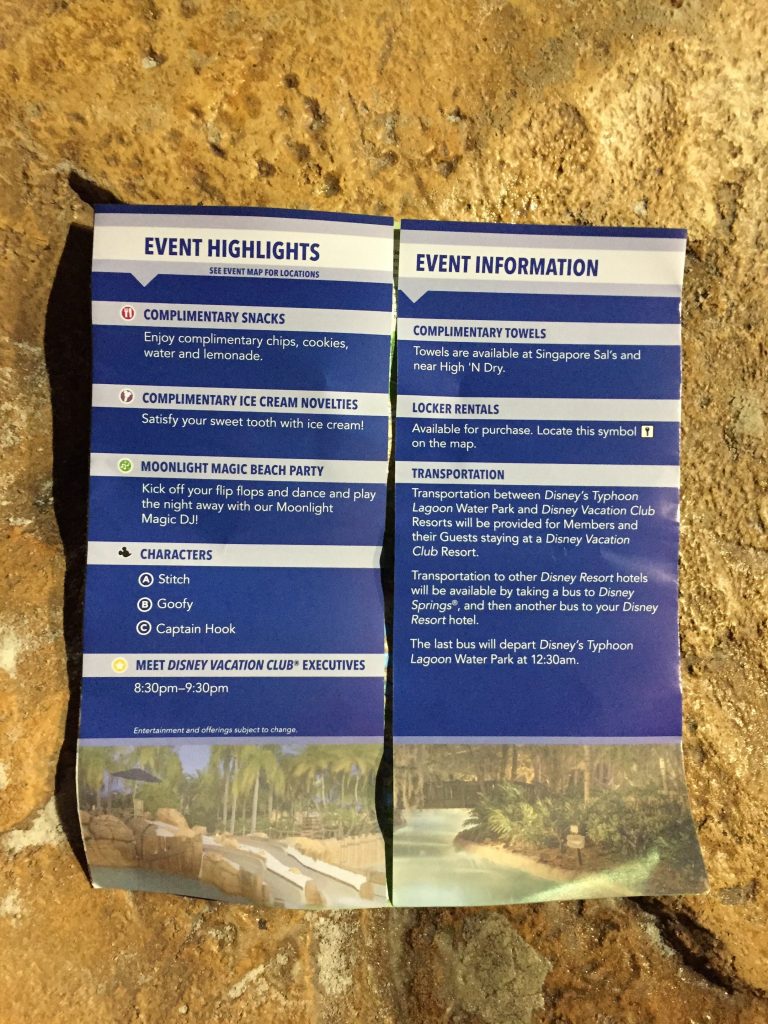 After some good luck and good timing, we arrived at Typhoon Lagoon nearly an hour before the event began. This year, the event ran from 8:30 to 11:30 p.m., after the park was closed to the general public, but some DVC members told me they let people in as early as 7:00. We found a decent parking spot and waited in a five minute line to enter. Again, bring your photo ID, DVC card, and a copy of your event registration.

Once inside, we were greeted with a map and a PhotoPass photographer. The map indicated the open attractions, character meet-and-greets, a dance party, and food and refreshment locations. 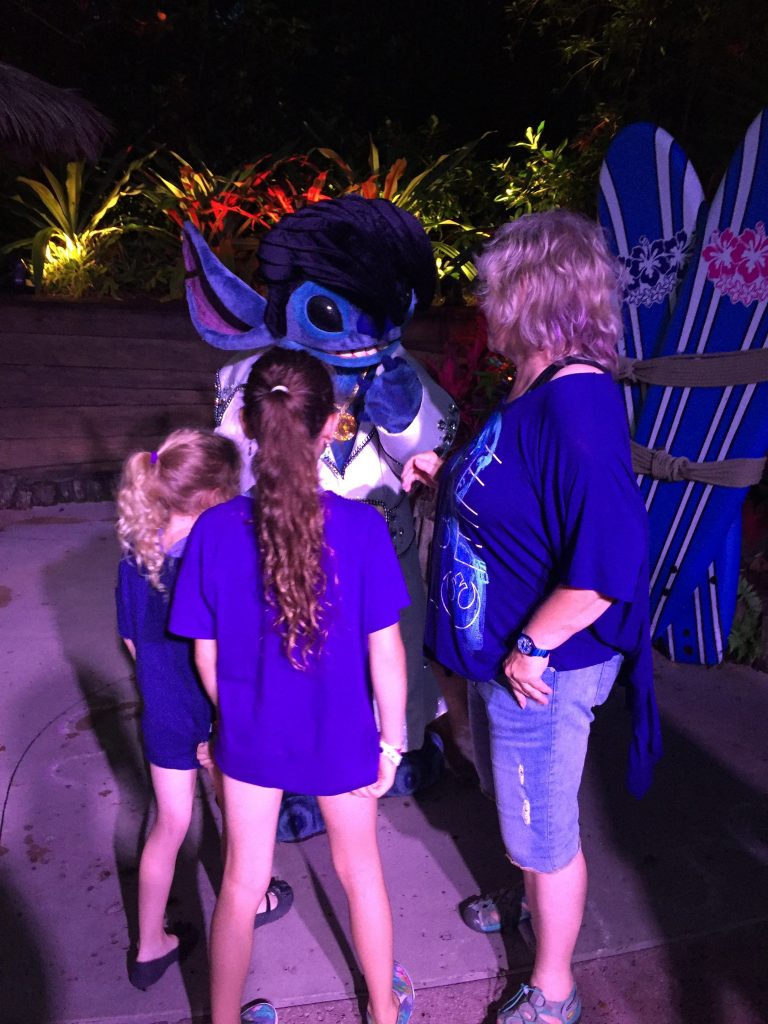 I had heard about the abundance of characters at the previous Magic Kingdom Moonlight Magic event and was disappointed that there were only three at Typhoon Lagoon. We waited in line early for Stitch while one member of our party gathered refreshments, and we were happy to see that it was Elvis Stitch! He joined us at exactly 8:30, and he signed autographs and posed for photos. 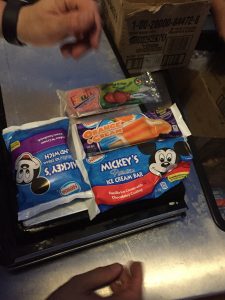 As we waited in line, we sampled the complimentary refreshments: three kinds of cookies, individual sized bags of chips, self-serve lemonade and water, and various frozen treats. These were all free and unlimited. Although some items ran out early (Mickey Bars), ice cream sandwiches and cookies were distributed until the end of the event. Options were also available for guests with food allergies. Full meals and drinks, including alcoholic beverages, were offered for purchase from several dining locations.

While we waited for Stitch, I spoke to several guests who were disappointed in the merchandise selection. T-shirts and holiday ornaments were available for sale, but many DVC members had been told that collectible trading pins would be offered as well. I had actually brought a purse full of pins to trade with cast members but soon learned that pins are not allowed in the water parks. I assume that Moonlight Magic events at other parks will continue to offer pins and that this was an exception for Typhoon Lagoon. 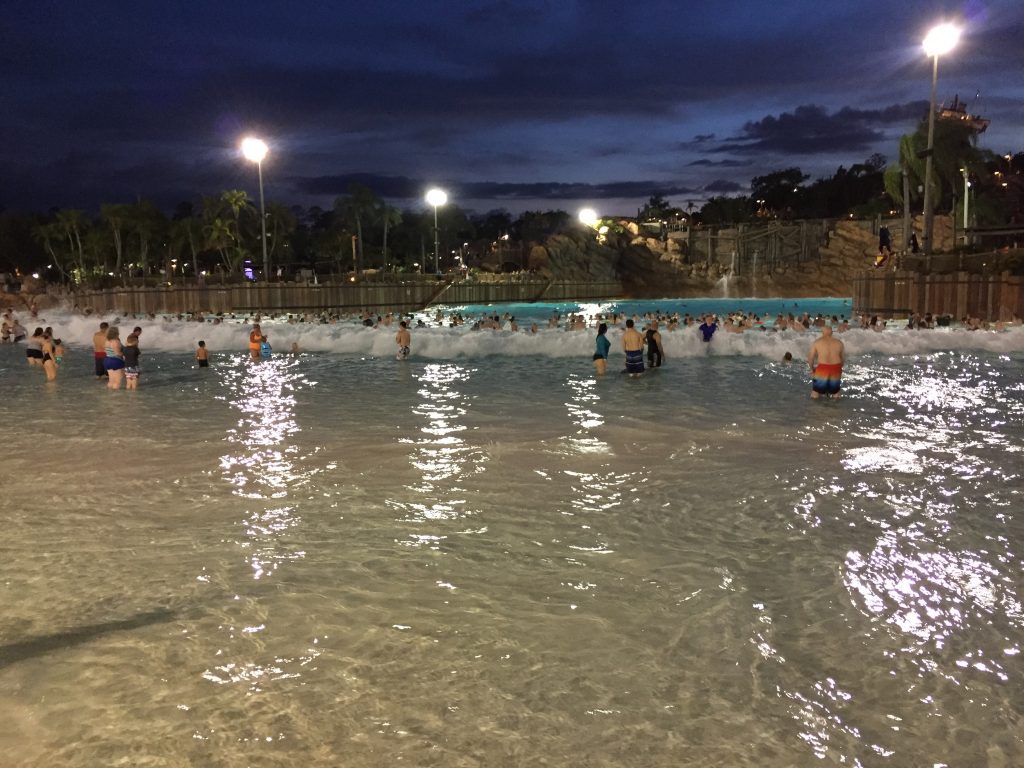 After we met Stitch, we decided to pass on the other characters and move on to the attractions. The Surf Pool seemed to be the biggest hit with pretty much everyone, with Castaway Creek coming in second. I finally convinced my children to go on Gangplank Falls, which is a family water slide. 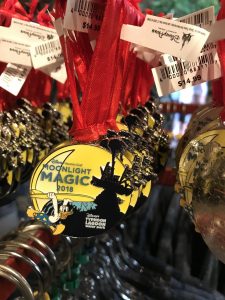 The line was significantly shorter than the “30 minute wait from this point” sign, but we still waited for over 45 minutes, which made me think that the ride was not running at capacity. I heard there were long waits for most of the tube slides with shorter lines for the body slides. Nearly everyone I spoke to said that the lines were much shorter at the previous Magic Kingdom Moonlight Magic events, with attractions like Peter Pan’s Flight and the Seven Dwarfs’ Mine Train having less than 30 minute queues. The long lines were a significant disappointment, and I wish that it would have been easier to experience more attractions.

Apart from the regular park attractions, Moonlight Magic boasted some “extras,” like a living statue and a dance party with an energetic host. There were dance competitions, lip sync battles, and general fun. My daughters were happy that they could hear the music from the Surf Pool, so it definitely improved the atmosphere. 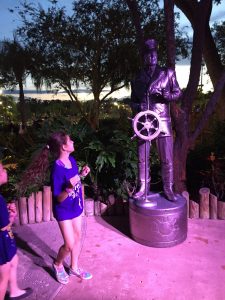 For those who attended with a more business mindset, DVC executives were on hand to answer members’ questions. I stayed in the area long enough to eavesdrop, and the conversations were all incredibly positive and upbeat. If anyone was there to give someone “a piece of their mind,” I didn’t witness it.

All in all, the Moonlight Magic event at Typhoon Lagoon was enjoyable enough, but I wouldn’t go out of my way to attend something similar in the future. Yes, free Mickey Bars and slightly smaller crowds were nice, and the comradery of DVC members was truly exceptional, but I’m not sure it was worth an evening of my vacation when I would have rather just been at the Magic Kingdom.

If you are looking for a special, exclusive, DVC-centered activity, then Moonlight Magic will fit your bill.